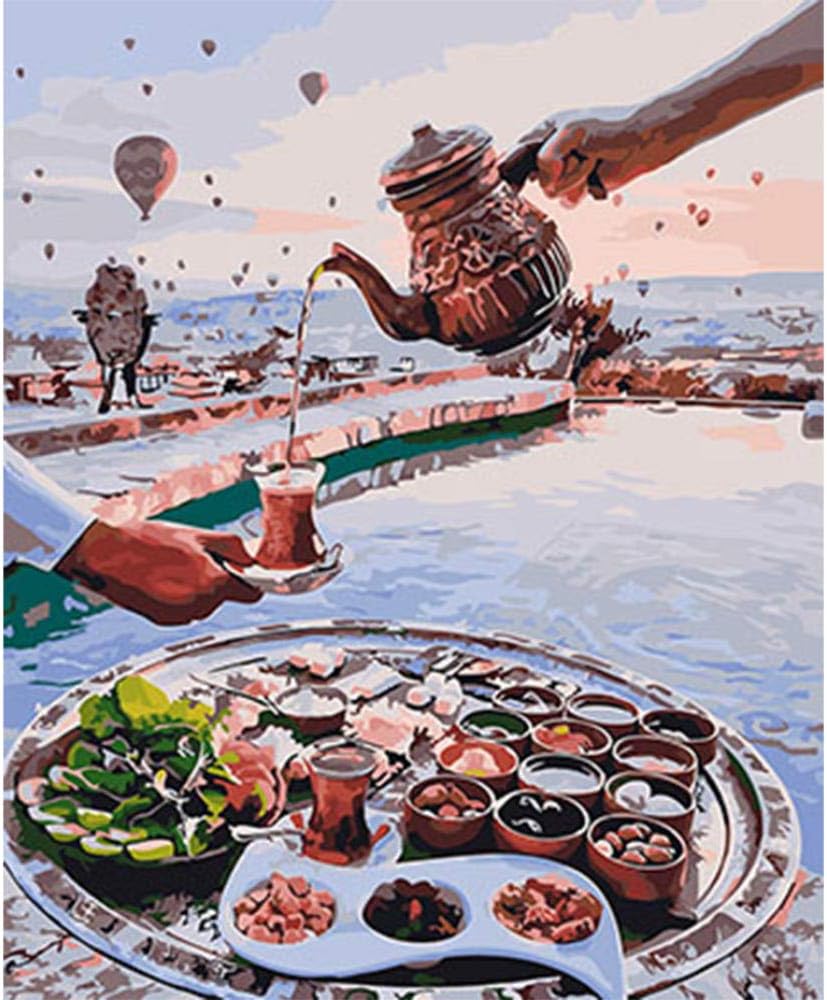 Enhance the interaction between parents, kids and friends, enjoy the relax and fun project regardless any age! Material: Canvas, Oil Color: Shown as the picturePackage Include:* 1x Pre-printed textured art canvas (With wooden frame)* 3x Brushes* 1 set of Acrylic paints* 1x Number drawing renderings Tips:1. Please use the paint directly and do not add water. 2. Fill the colors with the match numbers on the canvas and if you fill in wrong color, just waiting it dry and use the correct color to cover it.3. Please cleaning the brush when you want to another color.4. Due to large number of colors in the painting process, we recommend that you first complete one color, reloading the second color, gradually drawing.5. Pigments maybe dry easily, so please open one color at a time, but if there is a bit dry, you can drop 1 to 2 drops of water into it and stir, will not affect the normal use.6. The paints we offer is enough for the normal use, please do not waste it in case of the paint shortage.7 .For the white paint and other light color paint part, the figures left on the canvas may be seen, you can double use the paint and try to cover with the thick paint.We Pride Ourselves on Creating Higher-Quality Products Than You May Find Elsewhere, should you have any questions, feel free to contact us. Thank you.