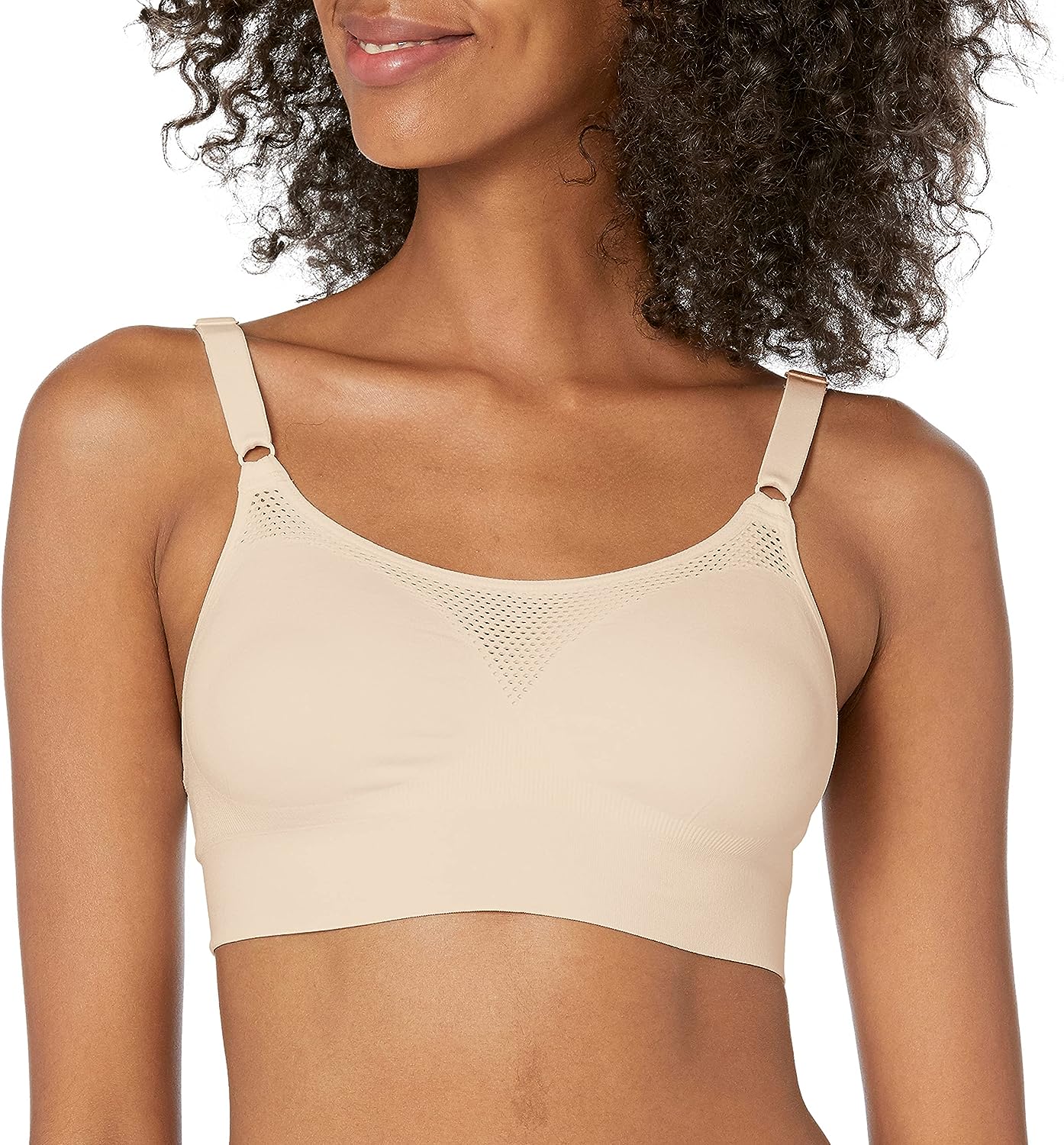 Get added coverage without the fuss with Warner's easy does it wire-free breathable bra. It's crafted from stretch fabric with soft; breathable panels that allow ventilation for cool comfort Under your clothes. Wire free and seamless; This style features a bottom band that won't dig in; giving you a smooth; bulge-free silhouette from front to back. Front-adjustable straps make it easy to perfect your fit so you can achieve the right look. Part of the easy does it collection; sizing is simple from XS to 2XL.

Warnerâs has been supporting women for over 140 years with ground-breaking (and uplifting) solutions. From solving 'sleevage' and banishing back fat to conquering muffin tops. Warnerâs continually provides real solutions for real women.

There are no uncomfortable frills here! Every style in this bra collection for women has one thing in common: super soft fabric that will make you fell like youâre floating on a cloud.

When youâre wearing this bra, youâll swear youâre on Cloud 9.